The democratic fabric of our country allows each one of us to be a national security advisor to the PM while sipping a cutting chai, a national selector of the Indian cricket team at a pan shop listening to cricket commentary over the radio or an economist at a kitty party at some point in time. We delve, discuss and allege all at the same time without having even slightest of fear of getting arrested and imprisoned for the rest of our lives for treason. Is this all going to change with a stroke of fate, a stroke that we ourselves are responsible for? A change that we seek, so we vote or abstain from doing it, will it really affect our being? 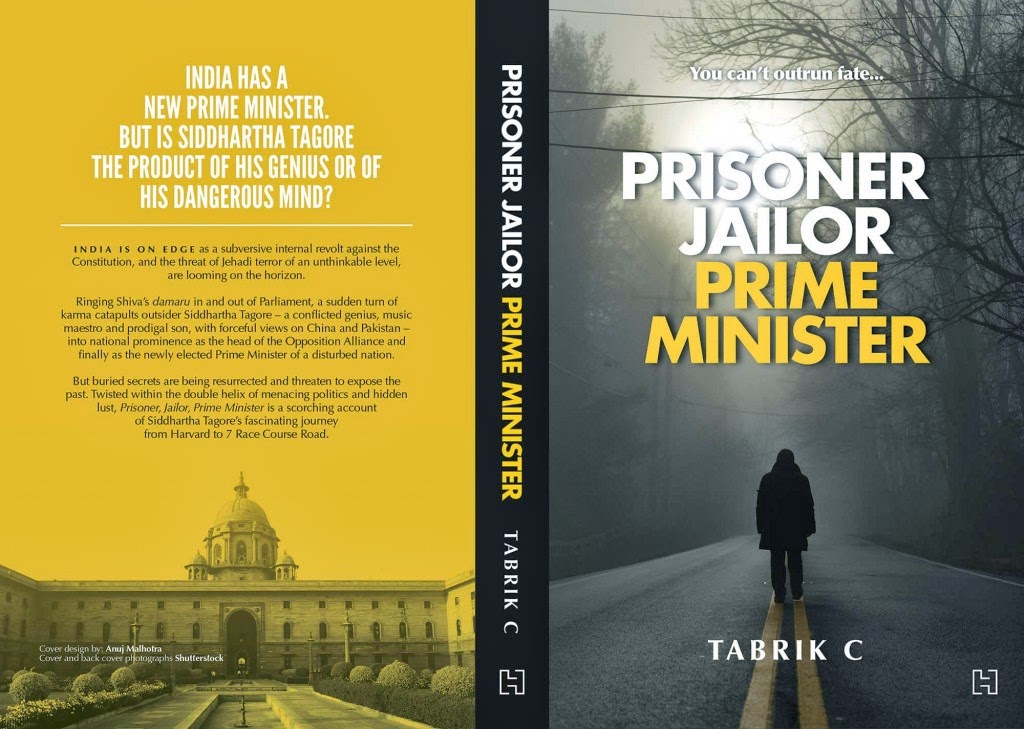 Tabrik C is as a political enthusiast. He is also a perfumer and internet entrepreneur. He has a post-graduate degree in History from St. Stephens College Delhi, where he was the president of the student’s union. His special interest lies in observing, analyzing, predicting and debating the rise and fall of political personalities and their influence on the destiny of nations and individuals.

Given the current scenario of our country I was coming across a lot of repetitions of the same allegations and counter allegations churning across channels, helping them rake in high TRP’s. Here the book which gives me a fresh lease of reading. A fast paced political thriller which will keep you hooked and excited all through.

Usually political thrillers are placed in the past but this story leaps out two years in future out of the current political scenario of India.

India is on threshold of a civil war, the very existence of its Constitution is challenged and its democratic structure is under vehement attack. In a sudden turn of karma Siddhartha Tagore, a conflicted genius, music maestro and prodigal son of a former Member of Parliament, with forceful views on China and Pakistan, is the head of the Opposition Alliance.  The state satraps backed him in full measure and the force of his charisma, set off by a musical soft side, got India’s heart and he was elected as Prime Minister of a disturbed nation with a faint majority in the by-elections.

While the nation is pondering over whether Siddhartha Tagore is the product of his genius or of his dangerous mind, there is a threat of the secrets buried in his flamboyant past resurrecting.

It is very well researched, vivid, poignant and amazingly written. The intermittent switches between past and present ride smoothly. The book has it all thrill, darkness, lust, love and drama filled with a lot twists and is fast paced at that. But is loses its pace a little when in the middle when reader is able to expect the expected. But then the twist with Professor Thorburn and the events leading to that and the ones following from it brings the story back on pace.

The protagonist steals moments and screen space, if I could say so from all other characters. Just a few things are a little far from reality, but then that is the author’s prerogative and he has right to take such creative liberties.

The book is surely worthy reading. I remained hooked onto it and finished reading the book just under a day and a half.

This book is like a cranberries, one is not aware of what is coming next, a sweet one or a sour one, or a pungent one if its a really bad day. the book is mix of such unexpected twists.

Connect with the author at: