I am participating in A to Z Challenge 2014 where we write 26 posts in a month each day on one word from A to Z barring Sunday's. Today's word is "I".


Today I chose one of the most important things to me in this world and the one that I identify with and the one which gives me my identity - my motherland India.
Incredible India
Atulya Baart


In my almost three decades of my existence I have travelled a lot across the length and breadth of a wonderful experience called INDIA.

Through school, college and scores of libraries I visited during my growing up days (mostly to read newspapers, as no English newspaper saw the doorstep of my house and I was keen on learning the language) I have read a lot about my country and it always has fascinated me and left wanting to read more.

I am not going to crib and cringe about our own countrymen ridiculing our country and give them any kind of mileage in bargain.

India is not just the land of snake charmers and rope tricks as many make to believe it is. India has a rich and famous history and glorious future. The four Asiatic lions on emblem of India unmistakably reflect it - symbolizing power, courage, pride, and confidence - mounted on a circular abacus.

It is truly the greatest and largest democracy on Earth, with over hundred twenty billion people enjoying right to liberty, right to free speech and most importantly right to vote amongst other numerous rights conferred upon them by the virtue of the largest and most cohesive, exhaustive and the largest Constitution of the world.

India’s challenges are immense, from threat to internal security from the misguided tribal’s to fending off external terrorist organizations envious of her success at one end and the unstable and monarch neighbors at the other. Inspite of all that India has emerged as one of the fastest growing economies of the world.

We need to realise that the growth of country is attributed to numerous factors and to converge them all towards a common goal and excel at them all requires considerable amount of time. India has been an Independent severing only for past six decades and is already competing with the world leaders. It is not only surviving and due to be super power in a near future.

India is the world's largest, oldest, continuous civilization. The nation is home to the Indus Valley Civilization and a region of historic trade routes and vast empires. Four major world religions, Hinduism, Buddhism, Jainism and Sikhism were originated here, while Zoroastrianism, Judaism, Christianity and Islam arrived in the first millennium. It is the second largest Muslim nation on Earth; also the oldest Jewish synagogues & Jewish communities have resided since the Romans burnt their 2nd temple; the Dalai Lama and the Tibetan government in exile reside; here the Zoroastrians from Persia have thrived since being thrown out of their ancient homeland; where Armenians, Syrians and many others have come to live; here the Paris-based OECD said was the largest economy on Earth for 1500 of the last 2000 years, including the 2nd largest, only 200 years ago.

India never invaded any country in her last 1000 years of history. India invented the number system. Zero was invented by Aryabhatta. Algebra, Trigonometry and Calculus are studies, which originated in India. Ayurveda is the earliest school of medicine known to mankind. The Father of Medicine, Charaka, consolidated Ayurveda 2500 years ago. There are 300,000 active mosques in India, more than in any other country, including the Muslim world. Sanskrit is the mother of all the European Languages. Sanskrit is the most suitable language for computer software - a report in Forbes magazine July 1987. Chess was invented in India. India has the second largest pool of Scientist and Engineers in the World. India is the largest English speaking nation in the world. India is the only country other than US and Japan, to have built a super computer indigenously. India has the largest number of Post Offices in the world. One of the largest employer in the world is the Indian Railways, employing over a million people.

India was one of the richest countries till the time of British rule in the early 17th Century. Christopher Columbus, attracted by India's wealth, had come looking for a sea route to India when he discovered America by mistake.

The Baily Bridge is the highest bridge in the world. It is located in the Ladakh valley between the Dras and Suru rivers in the Himalayan Mountains. It was built by the Indian Army in August 1982.

The Vishnu Temple in the city of Tirupathi built in the 10th century, is the world's largest religious pilgrimage destination. Larger than even Rome and Mecca, an average of 30,000 visitors donate $6 million (US) to the temple every day.

Varanasi, also known as Benaras, was called "the Ancient City" when Lord Buddha visited it in 500 B.C., and is the oldest, continuously inhabited city in the world today.

Martial Arts were first created in India, and later spread to Asia by Buddhist missionaries. Yoga has its origins in India and has existed for over 5,000 years.

It’s a nation where three Muslim Presidents have been elected, where a Sikh is a Prime Minister and the head of the ruling coalition is a Catholic Italian woman, all three being minority communities of the country. The past President was also a woman, succeeding a Muslim President who as a rocket scientist is a hero in the nation; where all the great powers are vying for influence, as it itself finds its place in the world. Where 17% of world population resides. The entire world seeks an inspiration from India.

Let me once again repeat and reiterate for the ones doubting and cribbing India as a country, its economy and culture that the most diverse nation on Earth, with hundreds of languages, all religions & cultures, is not only surviving, but thriving.

For many other extraordinary qualities of India kindly watch the video!!! 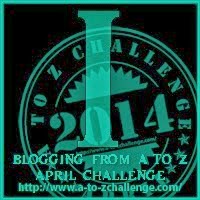